Does someone always have to win? 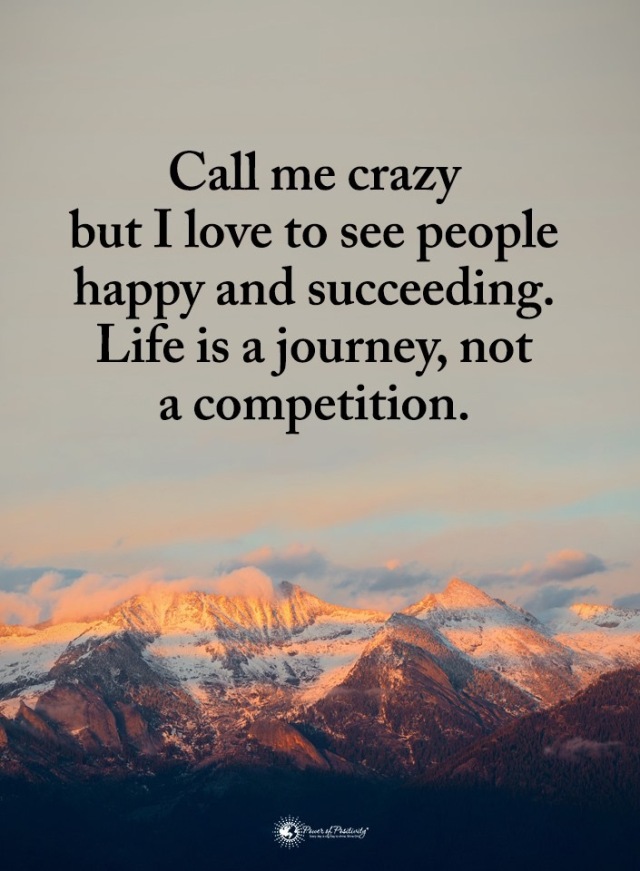 Without a doubt there will be people who read this quote that will respond that there is nothing wrong with a little friendly competition. We see it in school, sports, among siblings, in contests and in many other ways. Imagine with me for a second that competition isn’t about winning, but encouraging each other to be the best that we can be?  The avid sports enthusiast would likely have me committed, but sometimes it is that very competition and winning at any cost that often leads to us feeling our worst rather than our best.

Having worked in the business world for many years, I have seen my share of people who have climbed the corporate ladder on the backs of others. Everything from taking credit for other people’s work to ruthless endeavors that just takes everyone out in their wake. There are people who refuse to share knowledge for fear that others might get ahead of them or wind up taking the very positions they hold. Usually, people with those dispositions aren’t quite as secure in their own role as they might think they are. My philosophy has been quite different.

As I led teams over the years, I knew that the time in my position had an expiration date. I also knew that there had to be those in the wings that could step in should I decide to leave or move on. For them to be successful they needed to know what I knew. Not to mention as an effective leader, I knew that I couldn’t do everything myself.  Fortunately for me, I had many superiors that lived by the same philosophy and that allowed me to go far.

While I enjoyed competitive situations growing up like speech and debate, band competitions and such, it was much more about doing my best than it was about beating others. Band competitors were especially my favorite as each band was judged on their individual performance rather than against each other. When we received a superior rating it was because we earned it as a group and it didn’t mean that someone else had to lose for us to earn that title.

Imagine a world where we all succeed. I don’t believe for a second that there have to be losers to have winners. A world where we are all winners promotes happiness and success and a much more meaningful life journey. Done the right way and with the right attitude, healthy competition isn’t wrong.  When winning is required at any cost then a little change in perspective might just be necessary.

Mornings with Ron is now available as a podcast at anchor.fm/morningswithron or on iHeartRadio, Apple & Google Podcast, Spotify and most podcast sites.

← Live and love your life!
Who we are becomes who they are! →

3 Comments on “Does someone always have to win?”