Changing a life is cool 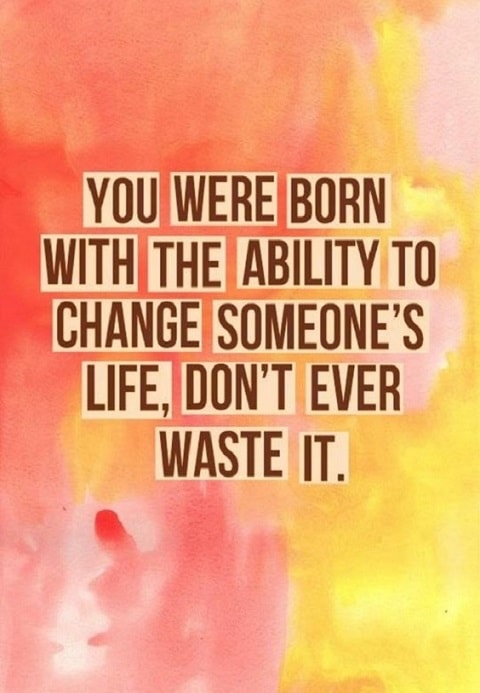 There is nothing more beautiful in this world than doing something that changes someone’s life. We never know when that opportunity is going to present itself, which makes it incredibly important that we are always on the lookout for the opportunity when we encounter other people.

Years ago, when I was first starting out in the work force, I worked in a call center for a pharmacy benefits management company. We took calls from people who were inquiring about their mail order prescriptions and would talk to many people during our eight to ten hour shifts. One one particular day I received a call from an elderly woman that lived on the opposite coast than where I lived in Florida. She was beside herself for not having received her prescriptions. After calming her down, we proceeded on a plan to help her out.

Her prescriptions were truly lost in the mail, so I told her that we would call her doctor and get new prescriptions over the phone. I would personally have them walked through the pharmacy and we would send them overnight to her. As I talked with her more, I could tell that she was really lonely and through some probing had also learned that she had not eaten because she was not well and not able to get out of her apartment to shop. My parents lived about an hour from her and often went over to her area shopping. I quickly enlisted them to go and check on her and they were able to take her out to get some food and make sure that she as OK. They delivered much needed help just in time.

I also made a trip over to the other coast to meet her in person and we eventually became best of friends, writing and calling until her family moved her to a nursing home. Since I had no relationship with them I had to work hard find out where she was and started to write her. My letters went unanswered until finally one day I called the facility to try and speak to her. One of her family members was put on the phone and I inquired about her health. Their response to me was that she could not talk to me and they did not understand why I was calling because she had no money. I of course informed them that I was not interested in her money and politely ended the call.

You see, it was never about money for me. It was about my ability to change one life and make it a little better at a time when someone needed it most. What the family felt was of no consequence to me, because I knew my intentions and I was right with my soul. I supposed that she never got my letters that I sent, but I knew in my heart that in her heart she knew I still cared.

Always be on the lookout for opportunities to make a difference in someone’s life. Take advantage when they present themself as you never know the lasting impact that you are going to have on someone.